Minneapolis, USA - July 21, 2014: Guthrie Theatre in Minneapolis with its famous cantilevered bridge. The Guthrie Theater, founded in 1963, is a center for theater performance, production, education, and professional training in Minneapolis, Minnesota. It is the result of the desire of Sir Tyrone Guthrie, Oliver Rea, and Peter Zeisler to create a resident acting company that would produce and perform the classics in an atmosphere removed from the commercial pressures of Broadway.
The Guthrie Theater has performed in two main-stage facilities. The first building was designed by Ralph Rapson, included a 1,441-seat thrust stage designed by Tanya Moiseiwitsch, and was operated from 1963–2006. After closing its 2005–2006 season, the theater moved to its current facility designed by Jean Nouvel. Guthrie theatre in Minneapolis, Minnesota. 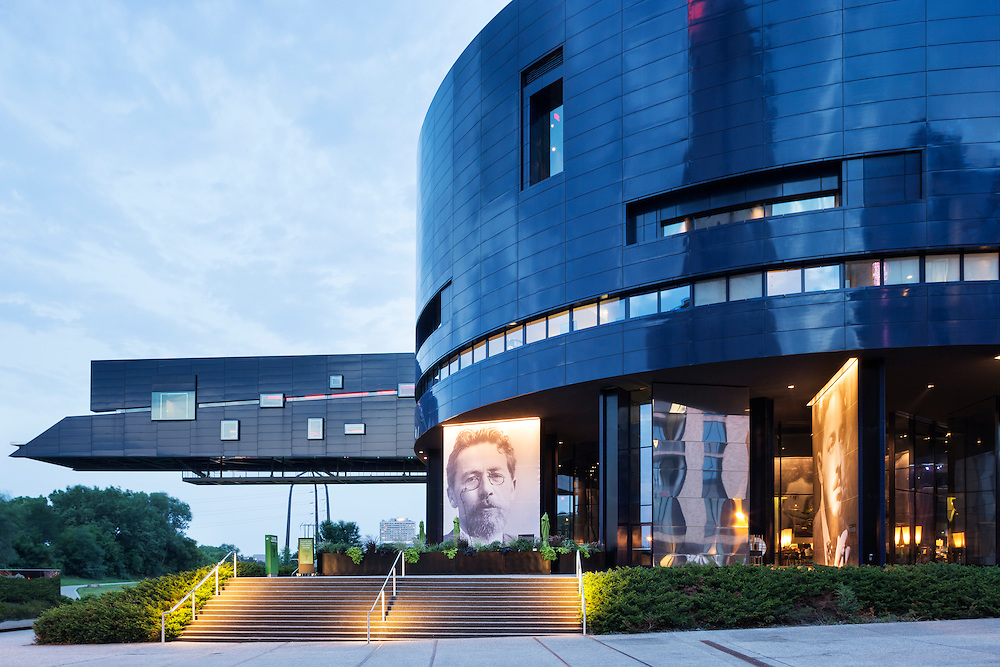