Grand Rounds Downtown Riverfront distric Directional Sign in Minneapolis, Minnesota. The Grand Rounds National Scenic Byway is a linked series of park areas in Minneapolis, Minnesota that takes a roughly circular path through the city. The corridors include roads for automobile traffic plus paths for pedestrians and bicycles, and extend slightly into neighboring cities. About 50 miles (80 km) of roadway is in the system, and much of it was built in the 1930s as part of Civilian Conservation Corps projects. There are seven districts along the byway: 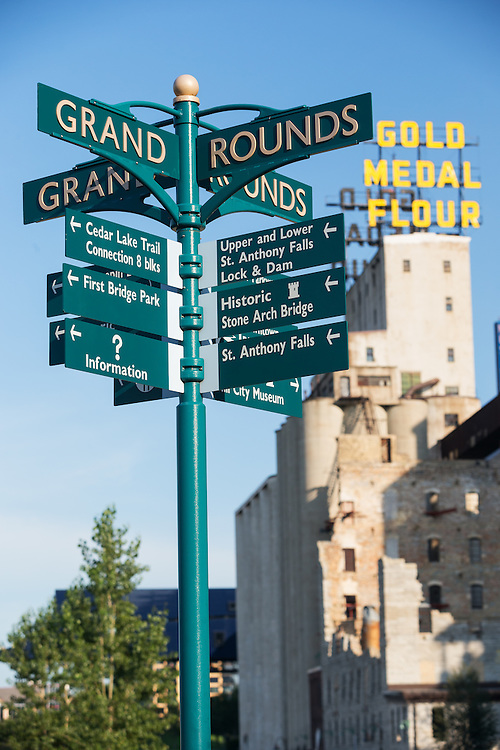